SEVILLA PROVINCE, A TREASURE TO DISCOVER

To spend a few days in Sevilla province is always a great idea. This outstanding city is surrounded by natural beauty, cultural heritage, Roman remains from 2000 years ago and very well kept secrets towns. Explore the area at ease!

The largest rice fields in Spain are found in the Guadalquivir marshes. Specifically in the municipalities of Isla Mayor, La Puebla and Coria del Río. Just half an hour from Seville we reach the rice region par excellence where the star dishes are rice with duck or crayfish, among many others. In addition, as it is the gateway to Doñana, it takes us to the Dehesa de Abajo, whose paths lead us to the pine forests and lagoons of the Natural Park. Perfect for getting to know one of the most protected ecosystems in the world and a natural reserve for many species of birds.

A few kilometres from Seville we find the municipality of Alcalá de Guadaíra, one of the towns that treasures the most history, being one of the ‘must’ that we must discover in order to understand the Middle Ages in Andalusia much better. Its most important heritage resources are the Castle of Alcalá and the flour mills located on the Ribera del Río Guadaíra.

The Castle is one of the great defensive enclosures that were built to protect much better the borders of the Muslim territory in the South of Spain in the 12th century, it is more the castle is considered the germ from which the population of Alcalá de Guadaíra was born. On the other hand, we find the famous flour mills marking the landscape of the Guadaira river as it passes through Alcalá de Guadaíra. An absolute wonder for the eyes is the walk along its riverbank, a place that transports us to another time, to a not so distant past where nature merges with the work of these constructions that dot this riverbank and that have been used for centuries of these waters for the mill system to work.

One of the “crown jewels” of the Sevillian province.

Between its history, culture, gastronomy and heritage … we get a perfect ‘cocktail’ with which we will delight ourselves with its beauty, grace and magnificence. Few places in Andalusia can boast of antiquity, heritage and history like Carmona can. It is known that since the Paleolithic there were already communities living in this place, so we can already imagine its relevance. The historic center of Carmona is located on a hill whose maximum height is about 236 meters, it offers wonderful sites such as its walls, churches, fortresses or palaces.

Italica, the land of emperors, is located in the municipality of Santiponce, a few kilometres from Seville.

Trajan, the first Roman emperor with Iberian blood, was born and raised in Italica. He is considered one of the most important emperors in the History of the Roman Empire. He appoints his nephew, Adriano, as heir, being named Emperor when his uncle died. Adriano was not born in Italica, but he is the second Emperor in history with provincial roots, like his uncle. When Adriano begins his period as Emperor, he decided to base his mandate on 2 great plans. To exercise full control over the military balance of the entire Roman territory, investing in the stability of the Empire, and secondly, to glorify Trajan’s uncle as a divine figure. One of the ideas to carry out the second plan was to “glorify” the city of birth of his uncle, Italica. And even though he did it… he built in Italica the second largest amphitheatre in the Empire and a bath that would be the envy of any great Roman city. Today, visitors can enjoy the wonderful mosaics in the different excavated domes, that great amphitheatre and all the history that continues to surround this more than a 2000-year-old enclosure. And last but not least, the very famous Game of Thrones series used Italica to shoot some impressive scenes in its amphitheatre!

Sierra Norte is a highly unknown area for tourism. Quiet and in harmony with nature, which offers a multitude of trails to enjoy it.

The inhabitants of the municipalities of this Natural Park prefer to call their region Sierra Morena de Sevilla. San Nicolás del Puerto is the birthplace of the Huéznar River, where it soon begins to set up waterfalls through the hills. There is also one of the Andalusian geological gems par excellence, such as the Cerro del Hierro. Other towns in the area such as Alanís are known for their medieval castles, which were part of the so-called Galician Band during the wars between different families of the nobility. On the other hand, Constantina and Cazalla stand out as historical areas for the production of wines and spirits, as well as for the beauty of their white and labyrinthine streets.

On the way to Málaga: Marchena, Osuna, Estepa

On the way to Córdoba: stop in Écija

On the way to the white villages of Cádiz: Utrera, Castillo de las Aguzader

For these day excursions we recommend around 8 hours and a private car with a driver.

More information about our Tours, Services and Prices. 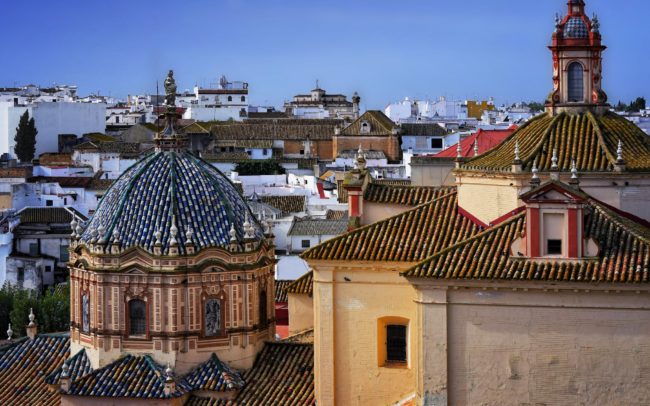 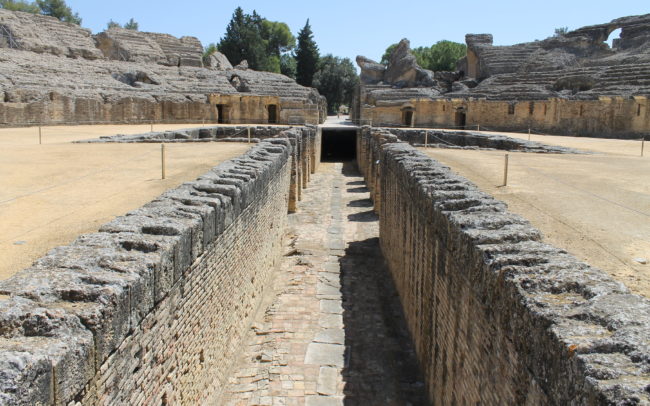 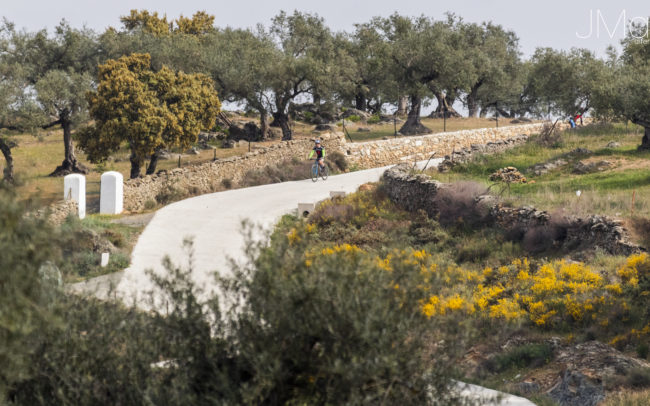 Aracena Sierra, landscape of olive trees and oaks at Flickr
0