“Every inquisitive traveller keeps Granada in his heart, without having even visited it.”

The best-preserved medieval Islamic fortress, hiding a charming palace and dreamy gardens. Layers of history and stories for every taste. An absolute must-see in Andalusia. And was the first Spanish monument to be declared a UNESCO world heritage site in 1984.

Between the 13th and 15th centuries and for 260 years, Granada was the capital of the last Muslim kingdom on the peninsula, the Nasrid Emirate. The Alhambra or “the red one” was built on the Sabika hill dominating the entire city, to house its powerful center of power within its defensive walls. However, the Alhambra was also chosen as a symbol of Christian victory from the year 1492, the date on which the Catholic Monarchs managed to take this city from the hands of their last Muslim monarch, Boabdil. From that moment on, the Alhambra has undergone a series of transformations, the most evident of which is the famous palace of Carlos V, which means that today the place continues to be a mixture of artistic styles and cultures.

During our visit we will delight ourselves through the refined Nasrid palaces, where nature is fully integrated into the architecture. We will analyze how light transforms spaces making them magical places full of mystery, we will discover how the beautiful epigraphy makes the Alhambra describe itself on many occasions and of course, we will analyze the history of everything that happened there. The lush gardens and fertile orchards of the Yannat al Arif or Generalife will make us appreciate the power of water, a symbol of cleanliness, purity and spiritual wealth. And to top it off, the panoramic view from the towers of the military fortress or Alcazaba will make us speechless contemplating the Albayzín neighbourhood, the fertile Granada plain or the snow accumulated on the peaks of Sierra Nevada.

“I do not know what to call this land upon which I stand. If what is beneath my feet is paradise, then what is the Alhambra? Heaven?”

Albayzín and Sacromonte tour: from Muslims to Gypsies

The Albayzín, a UNESCO World Heritage Site since 1994, is the old Muslim quarter of Granada, located on the north hill of the Alhambra. It was founded in the 11th century by the Ziríes, the first Muslim dynasty in Granada. However, over time and already in the Nasrid stage, it had to be expanded to be able to accommodate the Muslims who had fled from Christian areas.

If there are two characteristic neighbourhoods in Granada, they are the Albayzín and the Sacromonte. During our stroll, we will discover its labyrinthine urban layout so typical of Arab cities and through the architecture, we will delve into what was the lifestyle and customs of those who lived there. We will talk about Los Carmenes, the system of ditches and cisterns that fed the neighbourhood its most precious asset: water. We will see the 1492 evolution with the various transformations carried out by the Christians. For example, we will see churches where there were mosques, elegant Gothic or Renaissance houses wherein their days the Muslims built discreet courtyard houses.

From there we will connect with the Sacromonte. A neighbourhood where the gipsies settled in the 15th century and where they created what to this day is still their cave houses. While we walk along its steep trails we will talk about the origin of this ethnic group, about its contribution to flamenco, a musical genre declared an intangible cultural heritage of humanity by UNESCO and of course we will enjoy the impressive views offered by its hidden viewpoints. This visit is undoubtedly a journey back in time in which we will be able to discover narrow streets and beautiful corners that we will hardly find in other cities of the continent because Granada is special, no doubt!

Granada is a diverse and dynamic city, the result of an intense history that has left its mark on it until today. The intense history of Granada is the reason why on this visit we will take a general tour of the most outstanding places in the historic centre, without forgetting those that tend to be outside the conventional itineraries.

The centre of the city was the most transformed area after the Christian conquest. This is why it is overflowing with art and it is a conjunction of styles from different eras. In summary, the result of the evolution from the Muslim to the Christian world. That is why during the tour we will see up close the imposing Cathedral, the second-largest in Spain, and the Royal Chapel, the place where the Catholic Monarchs wanted to be buried. Along with these two examples of Christian art is the Alcaicería, the old Muslim silk and spices market, and the Madrasa, the school of Arab studies and the first Public University of the Iberian Peninsula. At the same time in our walk, we will discover majestic squares of Christian layout such as the Bib-Rambla or the Plaza Nueva.

And in this visit, we do not want to leave aside the religious group that was the hinge between the Muslim and Christian world: the Jews. We will talk about what was once the Garnata Al Yahud. In other words, the Granada of the Jews, in the place where the medieval Jewish quarter was located. Today is known as the Realejo neighbourhood. We will access those unknown corners to delve into what their evolution has been throughout history. And of course the important role they played in Granada, where they reached atypical levels of power at the time.

All the featured spots in Granada are to be experienced by walking. The hilly structure of the city and the stairs require comfortable shoes.

Essential Granada: 2h30 hours. Albaycín and Sacromonte: 2h30 hours. La Alhambra is a 3-hours tour. Granada can be experienced in 2 days making the most sy¡uitable combinations of your interest. 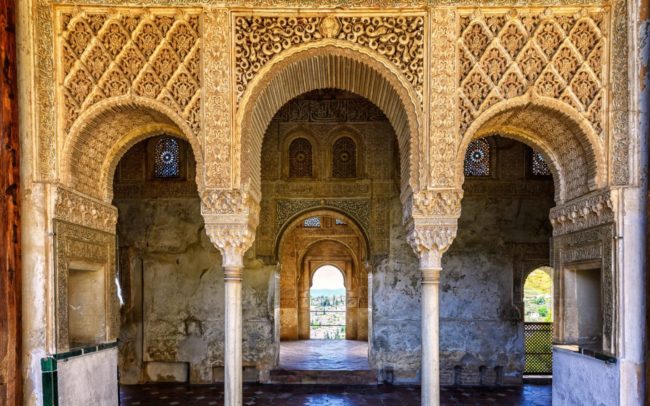 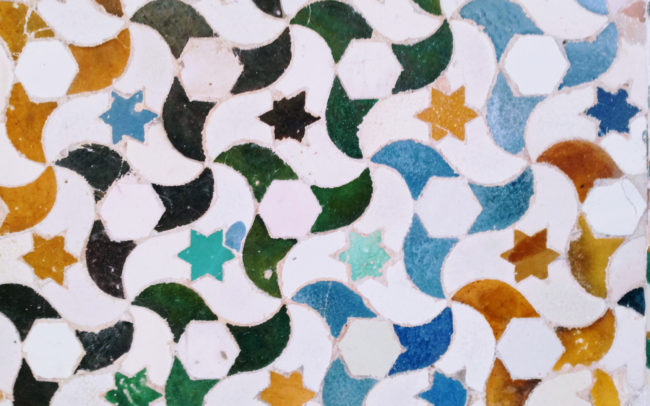 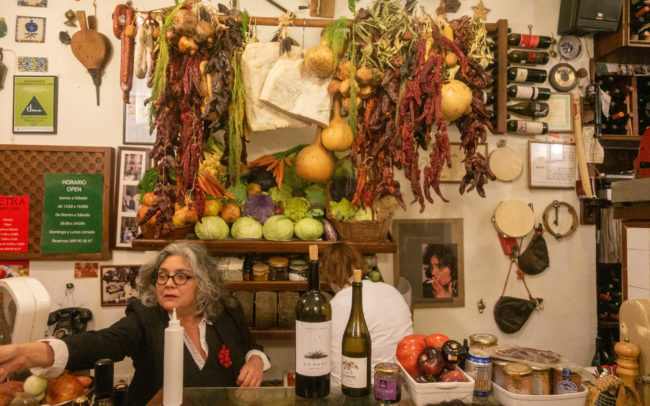