Sevilla has more than 3000 years of history in which different civilizations and cultures have shaped it into what it is today. The result is a city with a spectacular and unique monumental heritage, in which a multitude of different styles are mixed. That tells us about the times when it was the Hispalis de la Baetica, the Almohad capital of the north of the Mediterranean or the door of the Americas.

Essential Sevilla: the heart of the city

The three fundamental places where we can understand its past are the Alcázar, the Cathedral, declared a UNESCO World Heritage Site, and the Barrio de Santa Cruz.

In the palace grounds of the Alcázar, we will find a combination of palaces that will make us travel from the Christian and Muslim Middle Ages to the Modern Age, also offering us a respite in their beautiful gardens. The Cathedral, or hollow mountain as the Sevillians call it, allows us to explore sacred art from Gothic to Baroque in the largest Catholic cathedral in the world. And last but not least, a walk through the labyrinthine Barrio de Santa Cruz, the old Jewish quarter of the Sephardic Jews.

SEVILLA BEHIND THE SPOTLIGHTS

Being one of the largest historical centres in Europe, much of it goes unnoticed by visitors.

The northern sector of the old town allows us to see newly built buildings such as the Setas de la Encarnación, and also hidden gems such as the Roman ruins of the ancient Híspalis and also numerous Gothic-Mudejar churches. However, perhaps the most interesting thing about this tour is walking through historic and lively neighbourhoods. Food markets, closed convents, bars and shops of local products are what we will find on our way to the old walls of the city.

Triana, The cradle of Flamenco in Sevilla

It is a simple neighbourhood, but very authentic, and its inhabitants have a special character.

On the other side of the river we will not find spectacular monuments, but a neighbourhood of small colourful and charming houses. It has every reason to declare itself an “Independent Republic”. They pride themselves on being one of the cradles of flamenco and having inherited the pottery and ceramics tradition, whose pieces decorate the rest of the city. When crossing the famous Triana bridge, the Castillo de San Jorge emerges, the former seat of the Spanish Inquisition.

One of the most local experiences is going for tapas and eating the culture of the city.

Tapas are so much more than tasting a wide variety of dishes. It is something we love and it is something we do as often as possible. In Sevilla “you go out for tapas” AKA Tapeo. It is the simple experience of sharing food with friends. Finishing the day eating tapas is the cherry on the cake! The authentic local Tapeo is chaotic, is full and very loud. There is a wide range of choices in the Tapeo experience. So many dishes and so many places where you can eat. We propose letting our guide let you dive into  Sevilla’s tapas world.

There are many places in Sevilla to discover on your own. If you prefer, you can also visit them with the help of our local guides:

Plaza de España and María Luisa Park. Old Spanish pavilion from the 1929 Exhibition, surprising for its monumentality and architectural style: Andalusian regionalism. María Luisa Park is a historic garden that was also part of the 29th Expo. It is a botanical garden and at the same time a space for leisure and enjoyment that allows you to disconnect from urban noise.

Archive of the Indies. It is part of the set declared a UNESCO World Heritage Site in 1987, however it goes completely unnoticed by most visitors and travellers. The visit is free and its value lies in being the most important historical archive on the conquest of America.

Monastery of the Cartuja and Center of Contemporary Art of Andalusia

Most of Sevilla is pedestrian area, therefore, all city tours are walking tours, minimum 4 hours.

More information about our Tours, Services and Prices 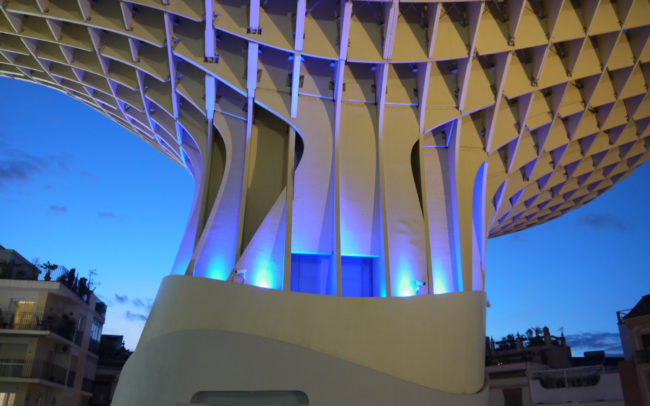 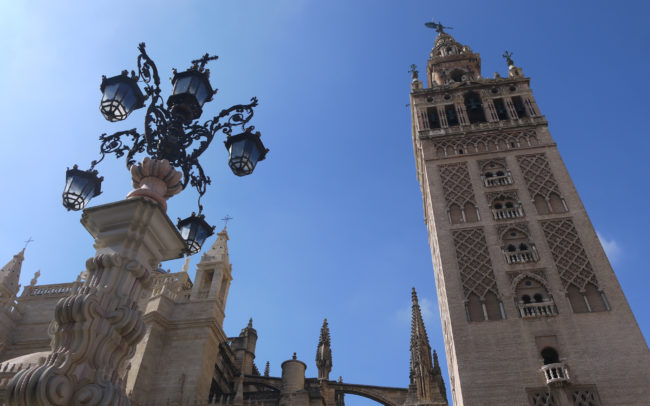 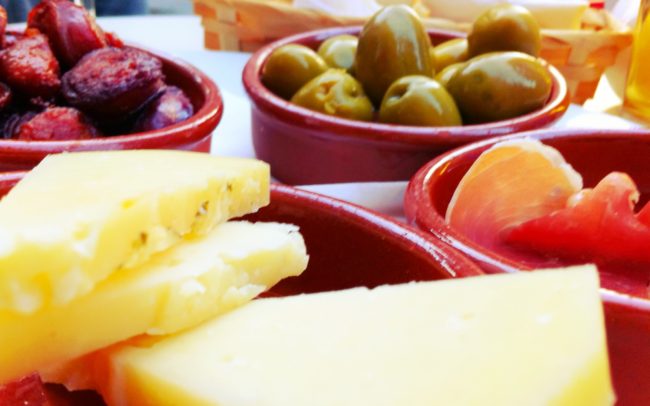