“One of the most beautiful qualities of true friendship is to understand and to be understood.”

Córdoba’s treasures go beyond its monuments and bridges and patios. It is the land of great philosophers like Séneca or Aberroes (12th century). The ethical and philosophical legacy they left makes us humans better people! But of course, the whole city dwells around the incredible Temple once a Muslim Mosque, now a Catholic Cathedral. Learn about the most decisive European civilizations in the history of Córdoba and how they gave to this city its multicultural character.

Córdoba is a pleasant, comfortable, lively city. It’s compact too which makes it easy to visit the most outstanding places.

In the small enclave of the Jewish quarter, the streets become a white labyrinth of streets and squares from whose walls history emanates. The visual beauty of medieval Islamic architecture is integrated with the Christian customs that still endure. The weight of Roman culture serves as the foundation for a city in which Christians, Muslims, and Jews coexisted for centuries. Each of the cultures that passed through Córdoba has left a large legacy, allowing us to understand the history better today.

Only in Córdoba do we find a Mosque-Cathedral in the centre of a Jewish quarter. This peculiar situation not only needs an explanation but will awaken and inspire a fascination in the traveller for this remarkable city. The mosque-cathedral, El Templo, is the best example of the existing cultural coexistence in the city. Among its Roman columns, Islamic arches, and Christian chapels, the people of Cordoba from very different eras have found peace and refuge. Without a doubt the most relevant Temple in a city.

The remains of a bright city in Medina Azahara: the capital that dazzled the world and the dream of the Caliph of Córdoba.

The archaeological site of Medina Azahara (UNESCO’s World Heritage since 2018) allows us to learn the relevance of the city and region of Córdoba during the 10th century. When “Qurtuba” (ancient name of Córdoba) symbolized the light of knowledge in the West, the dream of the first Cordoban caliph was the construction of the capital for a new state. Destined to impress the visitor, and show the power of the Caliphate of Córdoba, the city of Medina Azahara is today an essential visit in order to know the city of Córdoba and its history.

The help of an expert guide becomes a must to be able to understand the remains of a city that has been buried for centuries. The political and civil power of the Caliphate of Córdoba found their headquarters in this capital. Its buildings and decoration became the example that inspired Islamic architecture and art for centuries.

Córdoba: 3 to  4-hours walking tour. Including the inside visit of the Mezquita-Catedral.

Medina Azahara: 3h30  hours. The site is 7 km from Córdoba. Once there a shuttle bus transports visitors from the reception centre to the site (2,5€) 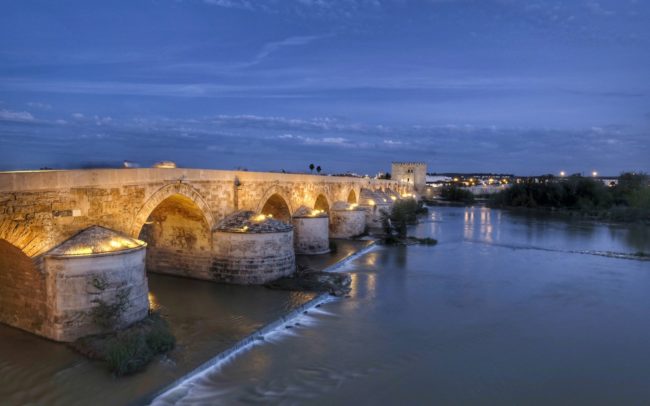 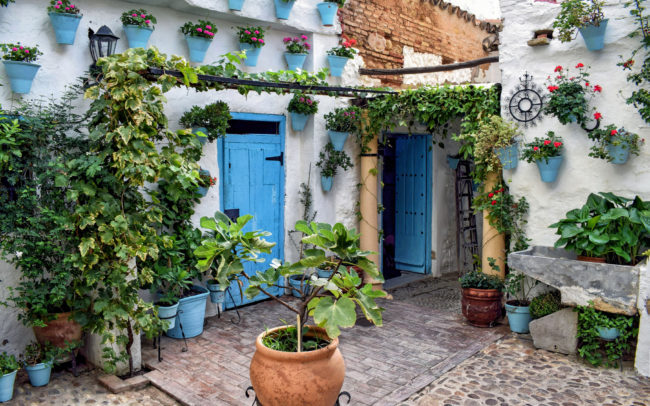