Is it the tallest mountain in Spain in the Atlantic ocean? Yes! A place where it is spring all year round. Off the beaten track experiences, nature, pre-colonization history, wines, and a whale reserve. The Canary Islands are the perfect spot for an ultimate travel experience!

Discover the magical “Laurisilva” forest, a living fossil from the Tertiary era, and walk streets full of history in the city of La Laguna, a world heritage site and an inspiring example for the budding cities in the “new” world.

The city of La Laguna is an architectural jewel of the late 15th century. Declared a World Heritage Site for having contributed to the exchange of human values ​​and the development of architecture and urban planning in the Spanish colonies of America for centuries. Strolling through its streets is like moving to so many other cities of the “new” World: Cartagena de Indias, San Juan de Puerto Rico, Havana, San Cristóbal de las Casas, and so many other Spanish colonial cities. The secret is in the precise, mathematical, geometric order of its network of streets and squares. A plan that is completed with the sober and elegant Canary Islands architecture type, with dreamy patios, spectacular wooden balconies and secluded squares shaded with huge Indian laurels and palm trees.

Visit Anaga to admire a botanical relic: the “Laurisilva” or laurel forest. Surviving to the glaciations of the Tertiary era. This forest is only fully developed in the Canary Islands, so is the habitat of hundreds of endemic species. Situated between sharp mountains and fierce ravines, the Anaga Rural Park has been designated a world biosphere reserve due to its high biological and cultural diversity. It’s truly spectacular and unique. Finally, we will get to know the most rural and authentic Canary Islands, visiting the village of Taganana, and the coastal towns of the northeast of Tenerife. We will see extraordinary examples of Canarian rural architecture, surrounded by mountains, our senses also seized by the smell and immensity of the Atlantic Ocean.

A walking excursion of the Teide National Park. A magical route through sunset and into the night, to discover all its secrets and to contemplate the stars. A true open-air geological and volcanological museum.

The Teide National Park is a unique place in the world, declared a World Heritage Site for its natural singularity. It has been described and admired since ancient times. A magical and sacred place for the ancient aborigines of Tenerife, the Guanches, and the natural habitat of hundreds of endemic species of the Canary Islands. The colours of the different flows, volcanic materials, minerals and rocks, in the evening light, do not leave anyone indifferent. Being located at an altitude of more than 2,000 meters above sea level, and due to the lack of humidity in the air and its relative proximity to the equator, it is one of the best places in the world for stargazing.

This route is a section of the old Camino de Chasna, used since pre-Hispanic times to cross the island from north to south. In its first section, the presence of the spicy Tajinaste with beautiful blue flowering in June stands out. Under the wall of Las Cañadas, the bands of black basaltic streams are observed and those of yellowish materials correspond to acid magmas emitted in violent eruptions. In the final section, El Capricho rises with forms of great beauty.

Throughout the excursion, we find remains of shepherds’ refuges and different views of Teide. A long, but comfortable walking tour of about 16 kilometres and 4h30 hours. It ends at night, to contemplate one of the best starry skies in the world, in complete silence. A unique experience within reach of a lucky few.

Where the capital and the main city is located, La Palma de Gran Canaria. Gran Canaria is like a summary of all the other islands. You should go if you can only visit one of the islands!

Many years ago Gran Canaria was baptized as a Miniature Continent. They were not wrong! It truly is special, from the desert dunes of Maspalomas, or through the petrified summits that the Spanish writer Miguel de Unamuno described so well, to the coastal cliffs of Agaete or the spectacular green north of the island. The century-old capital of the island and of the archipelago, Las Palmas, offers a beautiful stroll through the colonial streets and its palm groves. Or maybe try the adventurous climb to the top of the Roque Nublo for a natural experience. Gran Canaria has everything in just a few kilometres on a friendly and charming island.

Very close to Fuerteventura. But if one is a white island the other is black. Lanzarote’s volcanic landscape is still very visible in every corner of the island, with its “malpais” and the amazing National Park of Timanfaya. You should go if you want to feel the volcanic power.

Lanzarote is the sort of place that doesn’t leave anyone indifferent! Its volcanoes, its contrasts, its untamed landscapes, its wines, its beaches. The light of this island is quite something unique and indeed it has inspired many artists. César Manrique was a multi-discipline artist from Lanzarote who combined his art with the fight for the preservation of the natural wonders of the Canary Islands. Some of his architectural interventions in the volcanic land are absolutely amazing. This magical place where lava meets the Atlantic Ocean has also been the refuge of writers like Saramago and Arozarena.

Located closer to the African Continent. It is the dreamland for surfers. The landscape of Fuerteventura is, like its names say, strong! almost desert and it features some incredible white sand dunes. You should go if you love lunar landscapes.

Most Atlantic islands and significantly smaller. Nature at its utmost! You should go if you expect incredible hikes among black, green, and blue.

El Teide. Start at Los Roques de García, 6h30 hiking excursion (4h30 walking). Dinner and observation of the stars. The total estimated duration is 8 to 9 hours, including pick-up and drop-off at your residence. NOTE: Full day hiking excursion, appropriate equipment and being fit to walk are required.

More experiences in the Canary Islands

If you are staying in any of the Canary Islands or visiting more than one, please ask us about the possibilities. 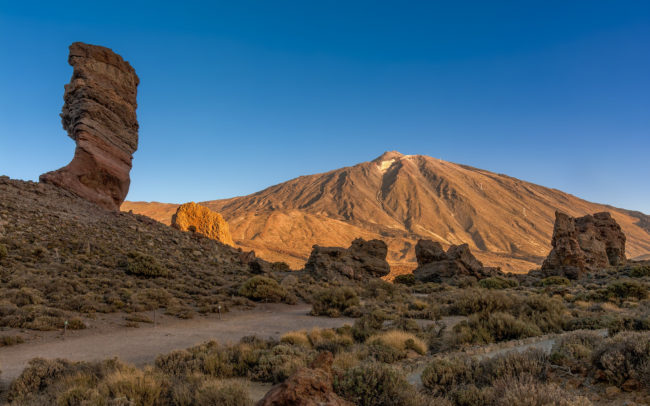 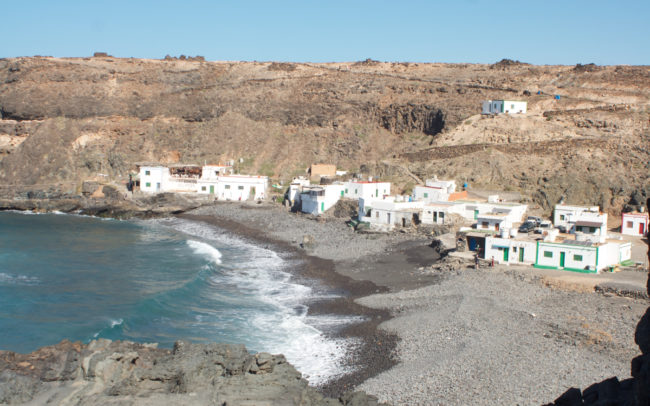