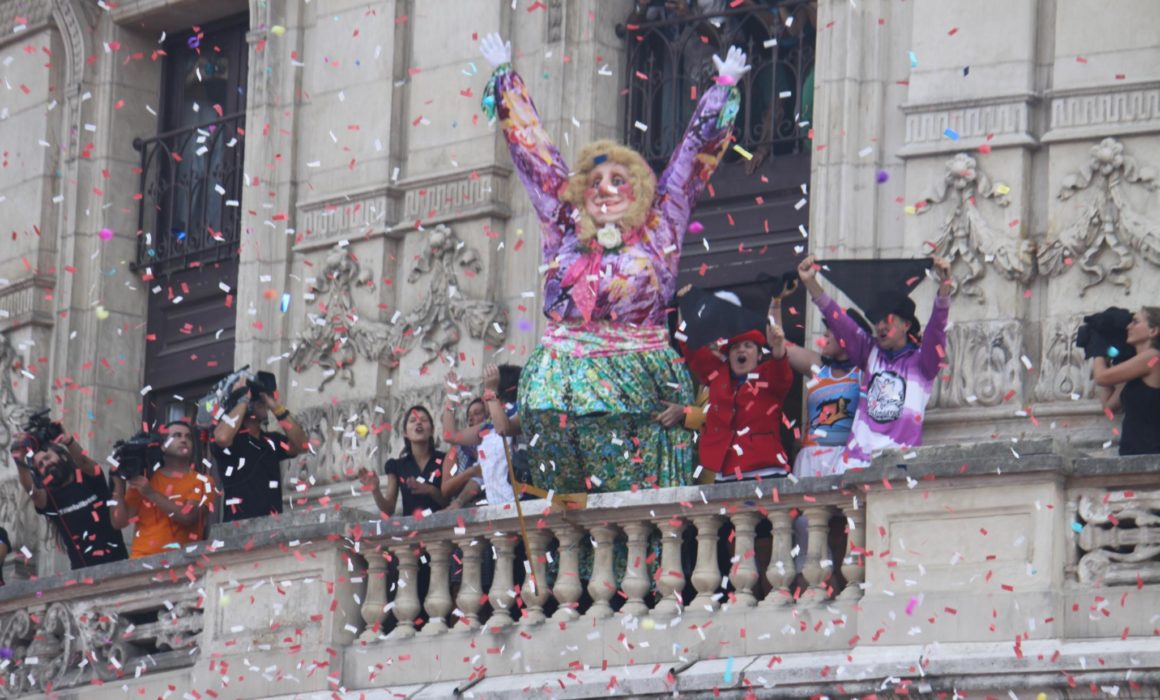 Once upon a time in the Basque Country…

The most representative element of the Basque people is their language, Euskera, considered the oldest language on the European continent. This ancient language is deeply rooted in the Basque people. It has served as a vehicle for the customs, traditions, myths and legends of the Basque Country. It is a clear differentiating element since this language is nothing like any other in the world. They distinguish between the “euskaldunak” (those who have the Basque language) and the “erdeldunak” (who have a non-Basque language).

In all Basque festivals, their dances will always come out. There is, for example, the Aurresku, a solemn and elegant dance where the woman does not dance but is danced for. The men enter the plaza and invite the most important women of the town to enter their rounds of dance, ending with a challenge among the most skilled dancers. The Mutildantza del Baztan is another dance exclusively for men. The Suletine Masquerade, so-called for its somewhat carnival appearance and the Ezpatadantza, symbolizes the tribute to a soldier who died in defence of his homeland. There are a large number of popular festivals that extend throughout the year.

Semana Grande, celebrated throughout the Basque Country on August 15th and for 10 days in which shows, parties and dances abound; or the massive festival of the “Virgen Blanca” (Vitoria) with its festivals and bullfights; the noisy “Día de San Sebastián” and its tambourines; or the theme “Aste Nagusia” (Bilbao) and its big-headed dolls. In general, each region, each locality, has its own customs, with its typical dances and festivals, of which neither its origin nor its antiquity is known.

A picturesque manifestation of the Basque tradition is rural sports. The Harrijasotzailes (stone lifters), Segalaris (grass cutters) or the Aizcolaris (lumberjacks) emulate typical farmhouse tasks. The most widespread and generally more urban sports are: drifting regattas, Basque pelota, and the world-famous sokatira – tug of war/pulling the rope.

There are a huge number of festivities that take place throughout the Basque Country, and the months of July and August are the busiest. Every town and city has its own particular celebration, which is almost always dedicated to the patron saint, although at present they are more focused on other events. These festivals are the time when the entire town or city comes together to celebrate their heritage and identity.

When the coldest season of the year arrives, festivals are held in which it is remembered that the existing threshold between death and life is very small. These celebrations also underline the idea that matter can be reborn, can be resurrected. In general, winter festivals dramatize themes related to the death and resurrection of people, animals, and plants. In most of these celebrations, the protagonists are usually the youngest of the towns that are celebrating. This is the case of Basque rural carnivals and the different days on which Christmas gifts are requested or other types of requests are made.

The winter festivities begin with All Saints’ Day, on November 1st. It is a day dedicated to the deceased, in which family and friends fill the graves of their dearest people with flowers.

December 6th, the youngest of each town takes centre stage in the festival of San Nicolás. On that day, a six-year-old boy or girl dresses like a bishop and, accompanied by the rest of the children, they sing to the Saint through the streets, while they receive candies that are thrown from the balconies. At the doors of Christmas, two agricultural and livestock fairs bring together a large number of people in the towns where they take place.

On December 13th, Zumárraga hosts the Santa Lucía fair, and on December 21st is the day of Santo Tomás, whose great fair fills the streets of Bilbao, Donostia and Arrasate / Mondragón.

Christmas is announced by Olentzero, a charcoal burner who, when he was working in the mountains, received the news of the birth of Christ and went down to town to give the Good News. Thus, every December 24th, apart from spreading the arrival of Christmas, this good-natured character brings us gifts, and sometimes coal. Christmas Eve is celebrated in a special way in Labastida, in Araba. Groups of shepherds led by a “cachimorro” and covered in skins recite old couplets and perform simple dances. With the new year, come new parties.

The Gipuzkoan capital lives its big day on January 20th, with the celebration of San Sebastián’s day and its traditional tambourine. This party begins at night as January 19th becomes the 20th, at 00:00 hours, with the raising of the flag and the sounds of a drum filling the corners of the city. On the 20th at noon, the boys and girls gather dressed as drummers. The party ends at midnight on the 20th, with the lowering of the flag.

Watch and listen a Danborrada

A curious character within the winter festivities is the “cachi“, who dressed in green and yellow walks the streets of the Alava town of Oyón on January 22th.

Two important festivals take place in February. On the one hand, on January 3rd, San Blas is celebrated, in honour of the saint who cures throat diseases. According to tradition, a thin rope must be worn around the neck for nine days, in order to avoid future sore throat.

On the other hand, a day later, on January  4th, the eve of Santa Águeda, numerous choirs go through the streets of the different towns of Euskal Herria, singing the traditional song to her. To set the rhythm of the music, sticks are struck against the ground.

The most striking and colourful secular parties are the Carnivals. There are urban and modern Carnivals such as those in Tolosa and those in the cities and, on the other hand, there are those in a rural and more traditional environment, such as the Zuberoa masquerades or the Lantz Carnivals (Nafarroa). As an example of rural Carnival, there is the zagi-dantza that takes place in the Biscayan town of Markina-Xemein, on Carnival Sunday. A group of young people perform this dance, one of the most representative of the Basque Carnival. The troupe includes a bear that is dedicated to scaring children, controlled by a tamer. 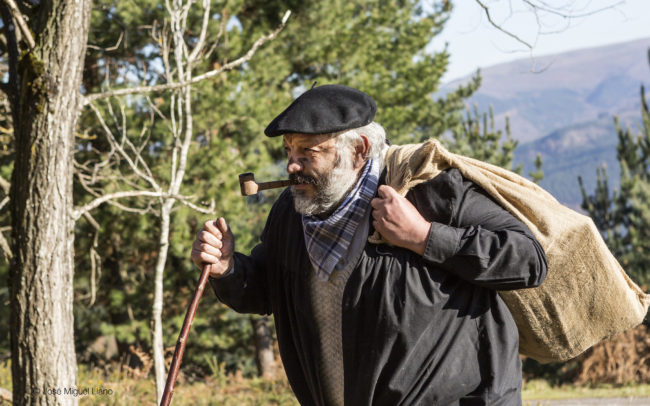 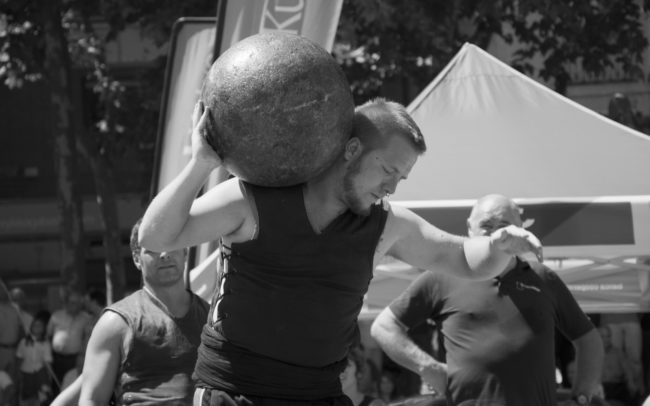