When you read Roman heritage you’re most likely thinking of Italy and Rome, but the Iberian Peninsula was the first territory the Roman Empire occupied outside the Italian Peninsula, therefore the heritage we have accumulated is huge! Costa Daurada covers all the seaside of Tarragona province and gets its name from the golden tone of its sand, get glittery tanned in these long bright sand beaches!

Astonishing Roman remains by the sea, mingled with medieval charms and sunbathed by Mediterranean light.

The roman remains found throughout Spain are mostly unspoiled and breathtaking. Tarragona houses one of these places, the ancient Roman city of Tarraco. For example outside the city, you’ll find an incredibly well-preserved aqueduct or the ancient quarry from where the city was carved. Further in, Tarragona oozes roman splendour with its magnificent walls and the remains of the circus scattered through the oldest part of town. An absolute must-visit of Tarragona is also the amphitheatre by the sea.

Furthermore, as Roman times were followed (after decadence and abandonment) by the long medieval period, you’ll find that Tarragona has a magnificent cathedral and cloister from the 12th to 14th century. The Serrallo area is the fisherman’s neighbourhood by the harbour where the best fish and seafood can be found, and great restaurants or tapas places so savour it!

Fall in love with Sitges excursion

Capital of the LGTB community in Catalonia, one of the charms of Sitges is its diversity and cohabitation of local and foreign dwellers. It is an easy place to fall in love with!

About halfway between Tarragona and Barcelona the charming village of Sitges stands out for its great beaches. But Sitges is not all beach and sun. The art museum composed by Cau Ferrat and Maricel offers a remarkable display of modernismo painting and sculpture as well as the private collection of the artist Santiago Rusiñol including works of Picasso and two magnificent paintings by El Greco (16th century). During the late 19th century, El Cau Ferrat (“cau” means “lair”) was where the “creme de la creme” of Catalan and Spanish artists celebrated parties and rendezvous. In fact, it was THE place to be if you were someone in the artistic world.

Another interesting fact is that many Catalonian coastal towns progressed economically in the XIXth century thanks to strong import/export links with Cuba and other Caribbean countries. For example, the famous Bacardí surname that we mostly associate with Cuba’s famous rum has its family roots in Sitges!

Sitges is definitely worth a visit if you are in Tarragona’s area.

MORE IDEAS IN THE AREA…

Altafulla and Tamarit are separated with a bay of bright sand and crowned with an old castle.

Vilanova i La Geltrú is not the most beautiful town but its huge sand beach, the quaint city centre and the Museu Víctor Balaguer with an incredible art display from Museo del Prado collection are worth a visit!

The most southern part of Catalonia is Delta de l’Ebre, National Park and birds paradise, where rice fields cover most of the land. Would you guess? it is a great place to taste delicious rice-dish specialities. Better if you stay overnight, a one-day excursion from Barcelona is too far.

Both sites are winning a combination of a day excursion from Barcelona with car and driver.

From Barcelona, Tarragona can be reached by regular or high-speed train (AVE) in 40 minutes or by car in 1 hour. Depending on the time you have and your travel preferences, either of these options can be arranged. In any case, due to town centre restrictions, the tour will be mostly on foot. 5 hours are what’s needed to visit Tarragona 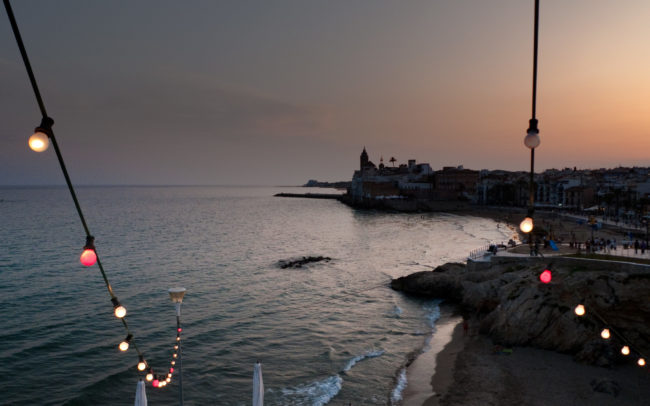 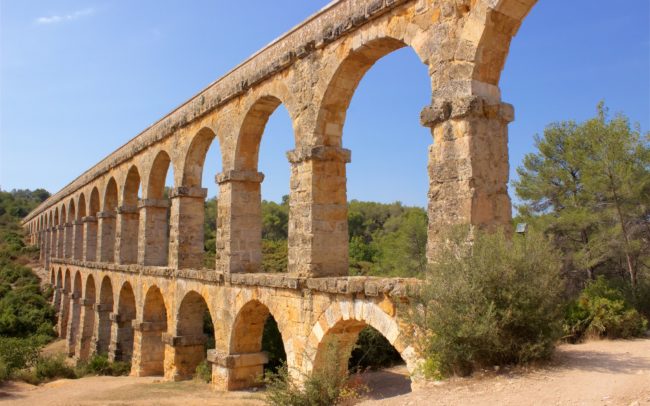 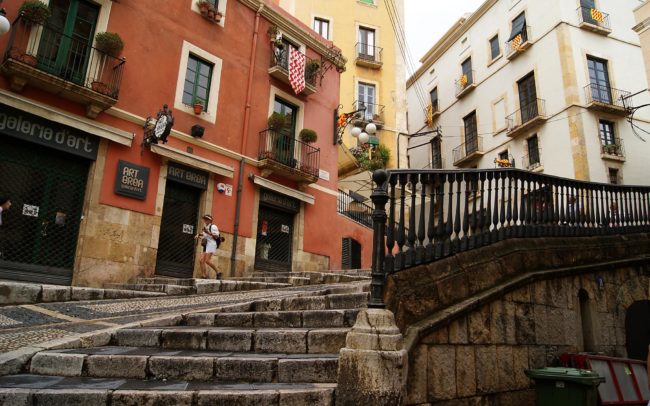