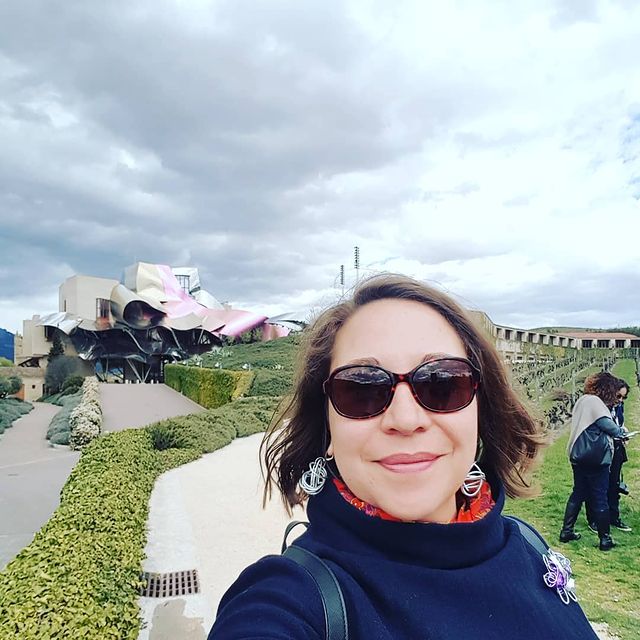 “Travelling is the great true love of my life”

I grew up in a dictatorship, which was quite common in the 1980´s since the Cold War was on and the worlds were fighting either communism or capitalism at that time.

Even though it was very hard to have much contact and goods from the «first world“, I went to an international school, so I grew up chewing Hubba Babba in all its various flavours, putting smelly stickers all over my notebooks and playing with friends from so many different countries, that I have always thought the world is quite small but full of colours, believes, flavours, languages and cultures. This rich cultural interaction in those early years of my life made me wonder why do I need to call a place home if I feel at home in so many places?

By the time I was old enough to travel on my own (or with friends), I realized I lived in the last country in the world, in the Finis Terrae, about to fall off the globe, making any trip crazy expensive and long, very long. So during my youth, I was very lucky to be able to travel to Mexico, Cuba, USA, do many trips through Chile (my homeland) and many other countries within America.

But… this was not enough!

The more I travelled, the more I wanted to see, experience and learn.

So after I finished university I sold everything I had (it was not much, but stuff like my car) and I moved to Berlin, Germany. If you look at the European map you will see Berlin is pretty much right in the middle of Europe, but that was just a coincidence because I moved to Berlin not really knowing what I was doing. I just wanted to go to a different place and have a new experience, so I ended up in Berlin. My plan was to stay a couple of months, that was 18 years ago! It is true that I had to learn a new and very difficult language, but besides the language challenge, my life just fell into place.

Do not get me started with Berlin… It is such an amazing city, full of my favourite history (the XX´s century), with all its changes, wars, walls and curtains, destruction, reconstructions and reunification. It was my love for Berlin that took me to become a local guide and I have been guiding in Berlin for over 15 years now. In 2015 I teamed up with a wonderful friend and created a private guiding company in Berlin, which we have successfully managed since the very beginning.

But… this was not enough.

Spain is for me a country full of different cultures, traditions and landscapes. It is a country rich in different flavours (I love food!) and great wines (as a Chilean, I also love wine). Because of their history, they have a colourful Arab influence and a very strict catholic past. Their people… oh, I love the people! They are friendly and funny, they love to enjoy life and even though they work very hard, they know that there is nothing more important in life than their free time, the time they share with their families and friends enjoying a beer with some delicious bite.

Until COVID-19 my life was a mixture of travelling, touring, managing, social life and sometimes, resting. Then the pandemic hit us all, our industry had to stand still and it was time to look into the future from my couch. That was when the association Private Guides of Europe was born and I met Dolça. We hit it off right away and after a couple of months working together for the association, we decided to create Spain Private Guides.

So here we are, in this new adventure, eager to offer you the best guides in Spain!